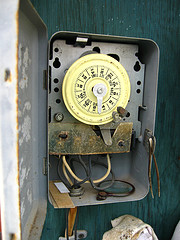 When I was twelve my older brother introduced me to the Beastie Boys. I bought the Sounds of Science when I realized how much catching up there was. My younger brother bought Paul’s Boutique. It was at the tail end of 1999. So it had been ten years since that album had been released.

The Beastie Boys made so much music that can come into so many people’s lives in weird and wonderful ways. My first experience was in a minivan with a CD player. My mom was driving. I’m pretty sure we played songs off of the first disc of the Anthology.

So far, Paul’s Boutique – A Visual Companion is one of the weirdest, most wonderful ways in which it’s come back to me:

My brother and I looked over the back of the Anthology and decided that there were enough hits and other things across those two discs to justify a concept album. I didn’t understand what a concept album was but I decided to use the term like I did. Our older brother talked about Paul’s Boutique with reverence and the back of the CD didn’t have a track listing. It was mysterious.

A Visual Companion feeds that mystery perfectly, 25+ years out (fifteen or so for me at publication). The references are as absurdly beautiful as the original Shake Your Rump video. The Ralph Bakshi cats and dogs arguing in a cartoon street. Turning into a young MCA for one moment to “Kick It!” That Bad Brains shirt. The 1 train reference and turnstile jumping and movies of people running to make the train.

They sing about turnstile jumping twice on this album. I didn’t know this until I watched this video. As a kid I didn’t know what they meant when they rapped about smoking and pissing, riding between the trains.

Jaws and Psycho link up for Eggman alongside copious references like Taxi Driver. Then Hunter Thompson pops up on a motorcycle followed by a Kool Cigarette advertisement in High Plains Drifter. There’s no Bill Cosby when they mention Jello. But there is Ballantine Ale in the midst of cops and robbers. A subtle throwback to the Fear and Loathing.

The Sounds of Science becomes the turning point in the movie just like it does in the album. That DJ’s switch-up is captured wonderfully by splicing it against The Nutty Professor (1963).

In an interview for the record’s release they are so certain and so nervous and forward-looking and confident and young. At thirty minutes it’s more than halfway over.

26:13 – Deliverance is the kind of movie that Johnny Depp would have smoked a pipe in.

31:03 – The Dylan as Alias looks so perfect against that line, swiftly followed up by Cheech and Chong:

The creator’s of PB-AVC go by SM&A (Shadrach, Meshach & Abednego) Productions. Check out their website for background on the project and credits for the visuals.